God help us if they rise again!

The Lake of the Living Dead

A young woman (Yvonne Dany) goes skinny dipping in a lake and is attacked by a zombie in a German soldier’s uniform. The people in a nearby village, including the mayor (Howard Vernon), wonder what’s happened to her The same zombie leaves the lake and kills another woman in the village. The villagers carry her body to the mayor’s doorstep. He tells them to take the cadaver to the hospital. He wants them to wait for the police to come.

A reporter called Katya (Marcia Sharif) comes to the village to do a story about ‘the lake of the damned’ as the locals call it. The mayor tells Katya a story, which we see in flashback, about a German soldier (Pierre-Marie Escourrou) who protected a young woman (Nadine Pascal) from a plane dropping bombs in WWII. The soldier and the woman become romantically involved and have sex. She then gives him her medallion.

Back in the present a female basketball team go skinny dipping in the lake and are attacked by the squadron of zombie soldiers. The mayor, who believes the soldiers are returning from the grave, calls an inspector who sends two policemen, Spitz (Jean Rollin himself) and Morane (Antonio Mayans), to investigate. The zombies leave the lake and advance on the village. One of the zombies, the soldier who saved the woman, finds his daughter Helena (Anouchka)…

I’ll leave the story there. The music by Daniel White is very emotive and the very green zombies look good. The locations they used in France were pretty, especially the scenes at the lake; I particularly liked the zombie soldiers coming out of the lake and the underwater scenes were great. There’s very little gore for a zombie film, practically none, but I felt the atmosphere of the film was decent. The acting and dialogue aren’t the best:

“We must find a way to safeguard our town from the mad murdering zombies.”

I just like it. OK, the director Jean Rollin was so embarrassed by the film that his name appears on the credits as J.A. Laser but I’ve watched it several times now and it works for me, especially in HD, and I love the story. I have to mark it down so as not to mislead really, it’s pretty notorious for being a terrible film, but I do like it. 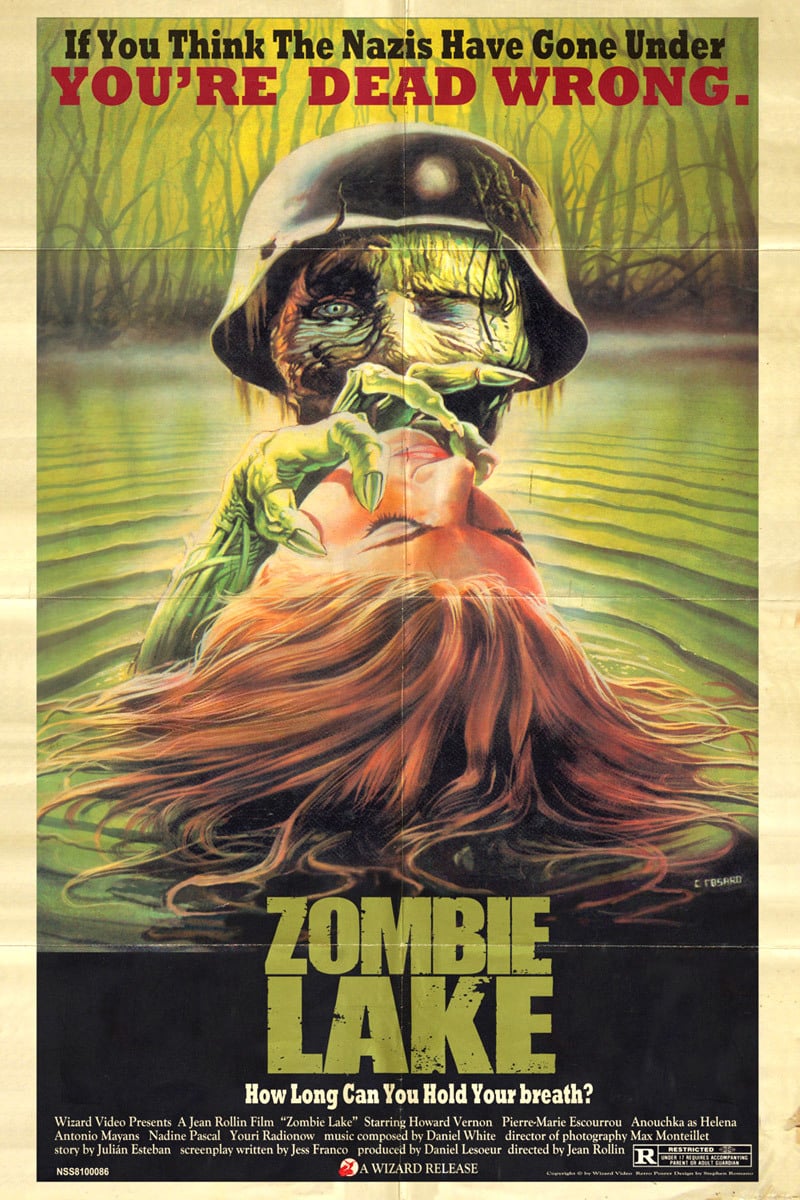