There is a new evil, and you have no idea what’s coming.

OK, this one precedes Zombie Horde (2011) aka Zombie Apocalypse: Redemption and has the same director. I thought Redemption was OK, I reviewed it recently having watched it first so I’ve been looking forward to this one. I really am a sucker for bad horror films so we ain’t in Kansas anymore sweetie, this isn’t Romero, this isn’t Fulci, this isn’t even I Am Legend, this is straight from that basket in the pound shop where only the most desperate for their horror fix dare to rummage. Actually it cost just short of a fiver not including Delivery & Handling and VAT.

So, Zombie Apocalypse!! Sounds good. Yeah well it isn’t. It looks like a group of people got together on YouTube and made a zombie film, that’s about the only way I can describe it, it really does look like that. It’s dreadfully lit in places which at least hides the effects I suppose which are very basic and handled with zero finesse by the director. The plot? Well, there’s been a zombie outbreak and various people get caught up in it; I don’t really wish to relive it. The acting is incredibly amateurish, it’s amazing how many/if not all of the actors ever made it into the film, whoever auditioned them obviously didn’t care in the slightest or had no clue how to cast a film whatsoever. What else is bad? Well, the soundtrack is stupid, annoying in places, and really just makes things worse. The locations, a personal bugbear of mine, were, again, handled badly, I may be wrong, I’m no expert, but even with no budget – storyboard some shit for fuck’s sake! There were some great woods they had access to, where a glimmer, and I mean a fucking glimmer, of potential almost shone through but no, they had to fill up the screen with some inane attempt at er…. comedy or something, I really don’t know what they were trying to do, maybe the few braincells I have prevent me from understanding such idiotic filmmaking.

There is nothing positive I can think of to say about this film and I will be marking it very low. I am a sucker for bad horror films but in this case I was just a sucker I think. Oh I know, something positive just sprung to mind; basically they do go all out towards the end to crank up the gore/violence and although it still comes off amateurish they at least try I suppose, it was kinda like they’d watched Dawn of the Dead (1978), you know the bit where it’s bikers versus zombies, a free-for-all, and attempted to emulate something like that. There’s a bit where they cut away from the action to show a pigeon on a beam or a pipe or something, I was like – a pigeon!? What the fuck!? Although the pigeon probably did give the best performance in the film.

Don’t waste your money. Don’t waste your time. Unless you just want some bargain basement rubbish to pass a bit of time. Then by all means – do. Oh and there’s no connection between this and Zombie Horde (2011) which may be bad itself but it is a superior film to this if not much else. So, that’s it, Zombie Apocalypse, and a film unworthy of that title, sad. 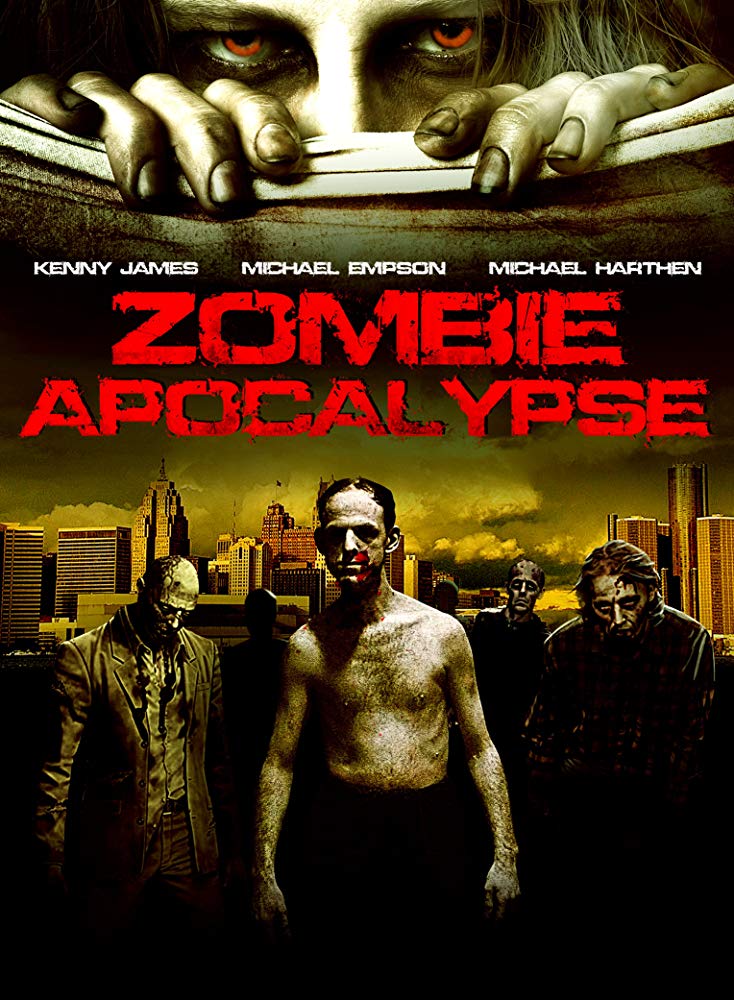